We are finally approaching the end of the first month of the year and it’s taken me this long to think about what I want for the year ahead. We spent New Years Eve with some lovely friends and in the morning, spent some time making ‘vision boards’, cutting out pictures and words of things that we wanted to come into our lives during 2019. I liked the idea but didn’t put much as thought into it as I could have, hence my board finishing with a picture of aspargus middle and centre (meant to represent growing generally, not just a love of this particular vegetable), a bottle of gin and some other assorted outdoorsy and fitness related cuttings.

I knew from the offset that for me, 2019 was about saying ‘no’. During the last few months of 2018 I was struggling to manage with fitting everything into our lives that we wanted or needed to. I have never been good at turning down opportunities and prioritising but by December I felt absolutely burnt out and constantly slightly frantic as I attempted to get everything done whilst still saying yes to every invitation offered. So I knew that 2019 needed to be about doing less, about saying no to opportunities that aren’t right for us at the moment, about prioritising what is really important to us. I was also starting to struggle with Home Ed, I didn’t (and don’t) want to send the kids to school but I was also starting to feel the strain of having them around me all. the. time. I was starting to revert back to being a bit of a shouty Mum (which I hate) and the atmosphere in the house was on a decline. And this was mostly just because we were always rushing to fit everything in. I needed to revisit the Orange Rhino blog and remember that the children are my mirror, if I’m chilled and willing to talk through things rather than snap, so are they!

So I’ve made some decisions and had some things happen that already is helping me feel positive and hopefully, less stressed about the year ahead. Firstly, I decided not to run any marathons this year. I know that sounds stupid but I have done three in the last two years and have a growing list of races I’d like to try so had just taken it for granted that I’d run at least one this year. The training however, is fairly sizeable and inevitably eats into our time as a family as well as my own time. (Another reason is because I want to focus on calisthenics and strength training this year but that’s possibly another post – albeit maybe a boring one for most!) So I have committed to not running any races longer than 10 miles and feel really happy with that decision.

Secondly, my wonderful, amazing parents (can you tell I’m sucking up!?) have kindly offered to take the kids for a morning on a fortnightly basis for violin and piano lessons and some reading practice for Isaac and I am so excited! I’m going to pop down the road to a cafe to get some work done in peace and the kids are excited about the extra time with their grandparents.

I’m also trying to make a conscious point of not saying yes to all the incredible home education opportuities that arise on an almost daily basis. I’m starting to realise that we don’t have to go on every trip and that the children’s education will not suffer if we don’t! On the contrary, it means I should actually be able to commit to planning and executing the projects they have requested (WWII and Victorians) and that we will get some more much-needed time at home to do some structured work (and for me to get some of my work done in daylight hours rather than working to 10pm every evening)!

There are a few other things potentially in the offing but really, I think it’s a change of attitude rather than any huge monumental changes to our lifestyle which is going to have the biggest affect on me this year.  I don’t usually subscribe to the ‘new year, new you’ school of thought but this year I have used the change in the calendar to mark an end to one way of doing things. I’m going to say no to more things but also try and rebalance our life so that my work, home ed and my love of fitness all gets an equal say rather than one dominating over the others. It’s only a few weeks in but I’m feeling momentously more relaxed than I did a month ago already!

What about you all? Do you have any New Year’s resolutions or has the New Year prompted you to rethink the way you do things? Or how are you finding 2019 so far? (Brexit notwithstanding, obviously that’s just a dire shadow clouding all of us!) I’d love to hear from you! 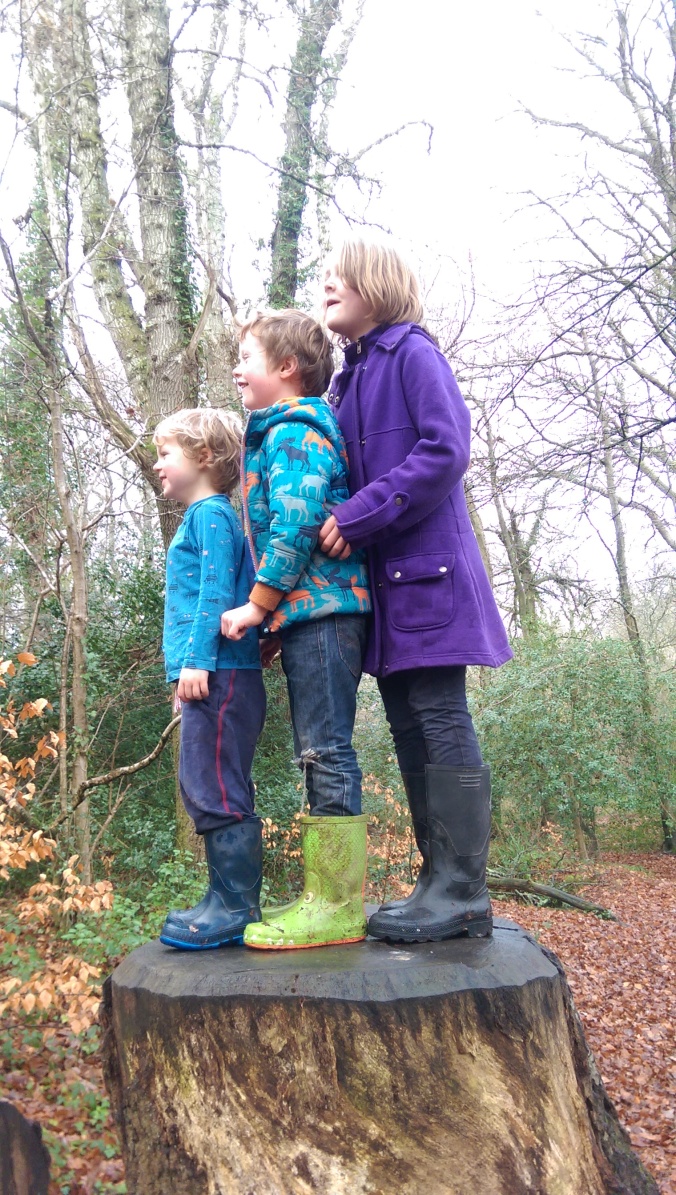